All of our beers are unfiltred, unpasterised, and brewed with love !

All of our recipes are originals made by our brewers.
In 2018, about 10 craft beers labelled “La Boussole” will be available in whole Ariège and around Toulouse area.

Those 2 beers are yearly available : bottle, keg, on tap.
They are our core stuff, thoses we like to drink any time, anyways, any seasons. 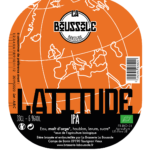 According to brewers‘s mood and seasons : a bit of creativity, a lot of madness ! 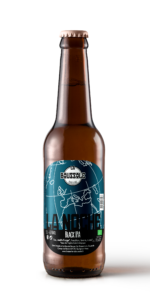 In France, most of small breweries are called “brasseries artisanales“.
But for us, “Craft” is the way of thinking ans brewing we choosed
– We are free to brew any beer we want, with an original recipe and the best ingredients (braley, hops, yeast…), without aroma additions.
– A small scale brewery : craft breweries annual production is less than 20 000 hectoliters
– Independance : less than 25 % of a craft brewery is owned by a beverage industry. In La Boussole, industrials are not welcome !

La Boussole 100 % independant
We won’t let industrials decide what we want to drink !